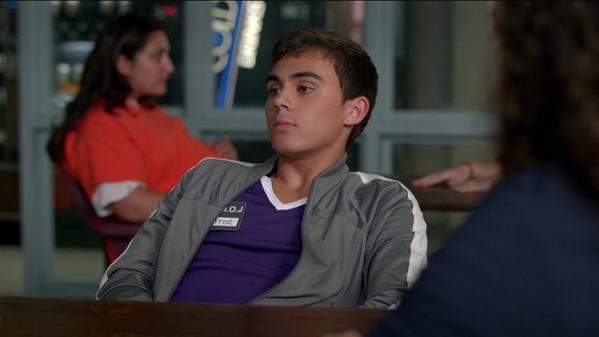 Tyler Alvarez is an American actor best known for his role as Diego Rueda on Nickelodeon’s teen sitcom “Every Witch Way” and also as Benny Menodza on comedy-drama series “Orange is the New Black”. Alvarez was born in New York to Cuban American father and fourth generation Puerto Rican American mother. He started his acting appearing in Totino’s pizza rolls commercial. In 2013 he debuted in movie “The House That Jack Built” and since then he has appeared in films and TV series like Every Witch Way: Spellbound, High School Lover, Every Witch Way, Talia in the Kitchen and Orange is the New Black. Tyler will be appearing as Peter Maldonado in Netflix series “American Vandal” alongside Jimmy Tatro, Griffin Gluck, Calum Worthy and G Hannelius.

Tyler Alvarez Girlfriend: He hasn’t dated anyone publicly yet. He might be single

His parents divorced when he was a child and both subsequently remarried.

He is fluent in Spanish.

He also plays guitar and sometimes even sings.