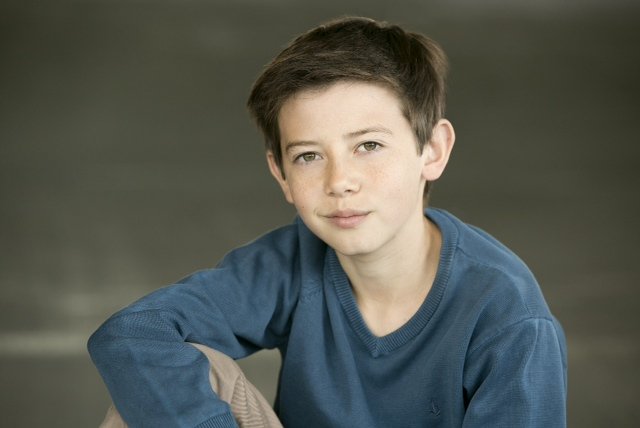 Griffin Gluck is an American actor best known for appearing as Charlie in TV series “Red Band Society” and also as Mason Warner on “Private Practice”. Griffin was born in Los Angeles and he started acting when he went with his older sister, Caroline to a set of “Guys and Dolls”. His first acting role came as a three year old in short film “Time Out”. However, his big role came in 2011 when he played Michael in film “Just Go With it”. He received a Young Artist Award nomination for his performance. Since then he has appeared in several movies and TV shows like Trust Me, Just Before I Go, Batman vs. Robin, Middle School: The Worst Years of My Life, Private Practice, Red Band Society, About a Boy, Impastor and many more.

His paternal grandmother was Japanese.

He played young Bruce Wayne in 2015 film “Batman vs. Robin”.

His sister Carolina Gluck has acted in movie like Time Out, Pacific Ocean and Sideways.

His first major role was as a three year old in a short film, Time Out, co-produced by his father.