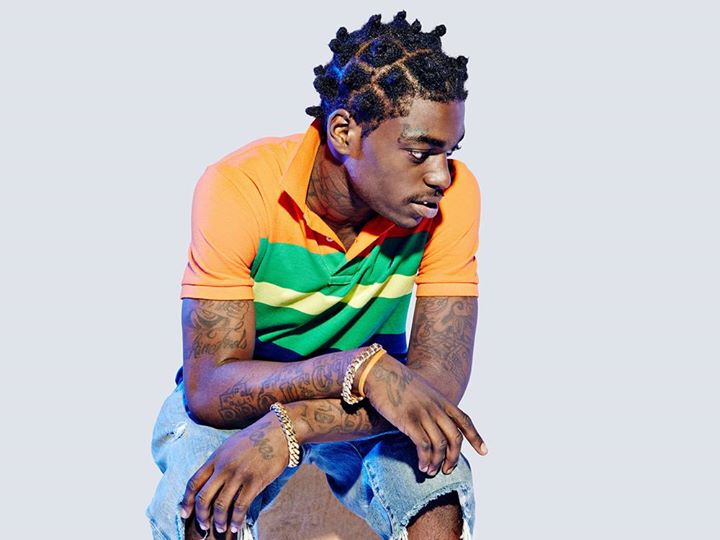 Dieuson Octave known by his stage name as Kodak Black is a rapper famously known for singles like “No Flockin” and “Tunnel Vision”. Kodak was born in Pompano Beach and was mostly raised by his mother, Marcelene Octave. At the age of 6, he got his nickname “Black”. He also used the nickname “Lil Black” but when he joined Instagram he chose the username “Kodak Black”. This name later became to be his stage name.

Kodak started his rapping career featuring on French Montana’s single “Lockjaw”. The song peaked 23 on Billboard Hot R&B/Hip-Hop chart. He then released his first single “Skrt” and the song peaked #10 on Billboard’s ” Bubbling Under R&B/Hip-Hop Singles” chart”. In June 2016, XXL magazine named him in the list of “2016 Freshman Class”. On February 17, 2017, he released the single “Tunnel Vision”. The song debuted number 27 and peaked at 6 on the US Billboard Hot 100.

Wife /Girlfriend: He was once linked with Danielle Bregoli but neither of them have confessed their relationship.

His previous relationships: None.

His parents were emigrants from Haiti. He was raised mostly by his mother in Pompano Beach.

He was given the nickname Black at the age of six. He also used nickname Lil Black but when he joined Instagram he chose Kodak Black.

Kodak has worked with rappers like PnB Rock, Master P, A Boogie wit da Hoodie and many others.

His musical influences are Boosie Badazz and Chief Keef.

He was placed into a youth detention center three times in one year and then placed on probation.

August 14, 2017
About Us: Celebfeatures.com is an Entertainment related website that provides information based on celebs bio, lifestyle and their relationships.
© celebfeatures.com