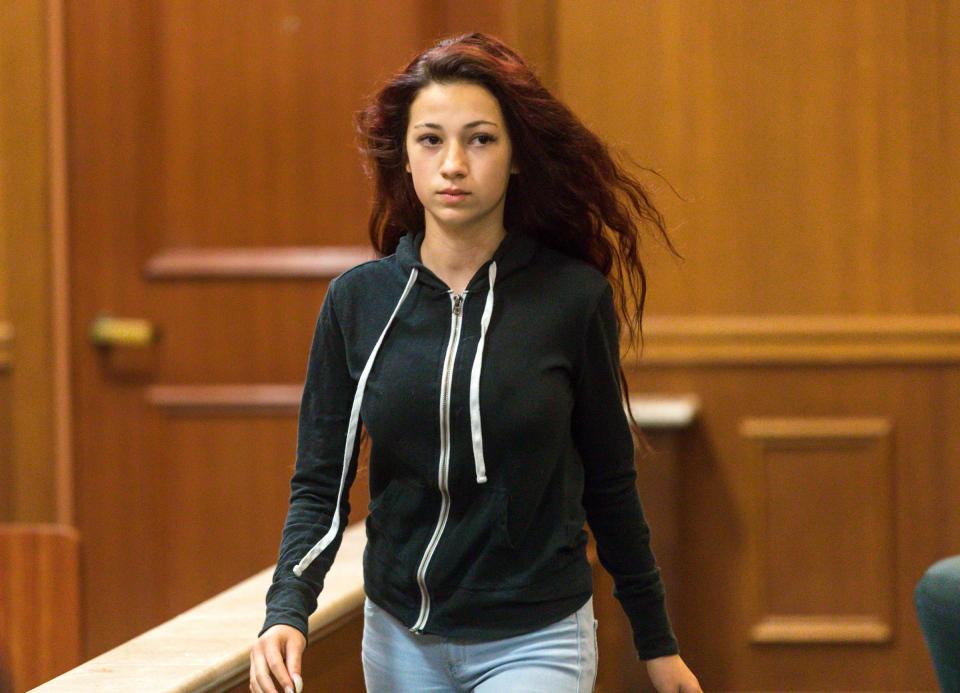 Danielle Bregoli also known as Bhad Bhabie is an American social media star and rapper who got fame after her appearance on Dr. Phil show. During the show, she used the phrase “Catch me Outside, how about that?” and that became a viral video and meme on the Internet. As a singer, she released her first single “These Heaux” on August 26, 2017. The single peaked at number 77 on the Billboard Hot 100 making her the youngest female rape artist to debut on the music chart. She has also remixed Kodak Black song “Roll in Peace” and Lil Yachty song “From the D to the A”. On September 2017, she released single “Whachu know” and it received over a million views in just 24 hours.

Danielle Bregoli Boyfriend: She hasn’t dated anyone publicly yet but there were some rumors that she was dating Kodak Black and NBA Youngboy.

Danielle became viral after appearing on the Dr. Phil show. During that show, she used the phrase “Catch me Outside, how about that?” which later became viral meme on the Internet.

Her father worked as sheriff’s deputy in Palm Beach County.

She was arrested and pleaded guilty to charges of grand theft and marijuana possession.

Danielle was also found getting involved in a bar fight.

She threatened to sue Walmart for using her catchphrase on t-shirts.