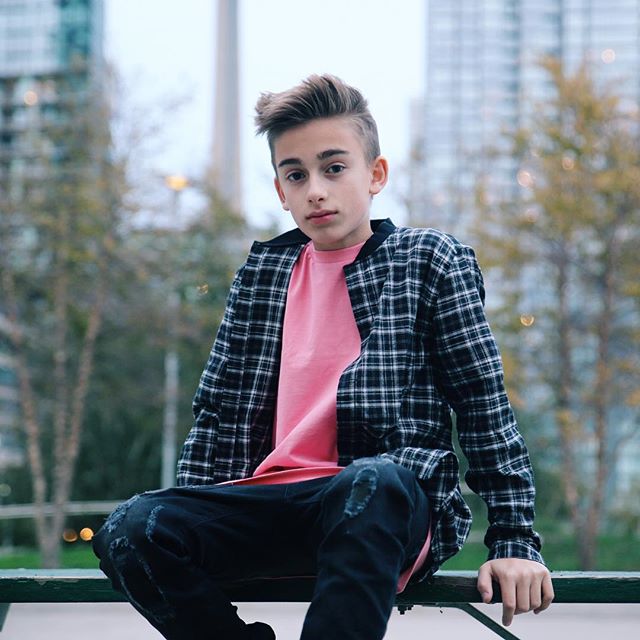 Johnny Orlando is a Canadian social media star and pop singer who first got attention by posting cover songs of artists like Austin Mahone and Justin Bieber to his YouTube account. Johnny started his singing career when he was eight years old and created videos with his older sister Darian. He started uploading videos to YouTube from December 2011 and by September 2017; he has over 1.9 million subscribers. In 2016, he began to post original songs to YouTube including “Let Go” which has received more than 12 million views. Johnny has also appeared in short film “Fading Light” and has also given his voice to TV series like “Wishenproof” and “Spaced”. In 2016, he was nominated for the Teen Choice Award 2016 as the Choice Web Star: Music. He is also popular on Instagram where he has over 4.2 million followers.

Johnny Orlando Girlfriend: It is rumored that he is currently in love with Mackenzie Ziegler.

His most watched video is cover of Stitches by Shawn Mendes. It gained more than 30 million views.

His favorite musician is Justin Bieber.

He says his most favorite thing in world are his family, music and sleeping.

He started making videos when he was 8 years old.

Johnny often collaborates with his sisters Lauren and Darian for making videos.