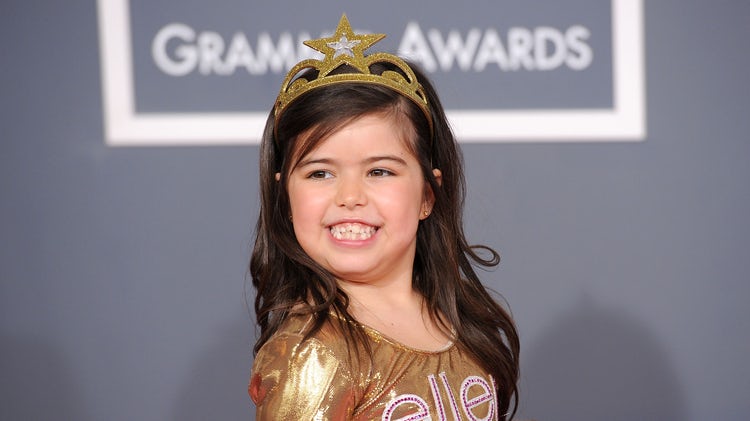 Sophia Grace Brownlee is an English singer, songwriter and Internet star who often collaborate with her cousin Rosie McClelland in singing duo Sophia Grace and Rosie. She was born on April 18, 2003 in Essex and with just 14 years old she has reached new height and collected massive followers in Instagram, Twitter and YouTube. Sophia along with her cousin often makes appearances on the Ellen DeGeneres Show. On YouTube they became instant famous by covering Nicki Minaj’s “Super Bass”. The cover has now received more than 52 million views till now. She dropped her music videos on her official YouTube channel. Her single “Best Friends” and “Girls Just Gotta Have Fun” has received more than 118 million views. They also released third single “Girl in the Mirror” on June 9, 2016 featuring Silento.

She is too young to make a boyfriend. We’ll let you know once we get some information on it.
Her previous relationships: None

Sophia along with her cousin Rosie McClelland became famous when they were first invited to The Ellen DeGeneres Show.

She is known for performing in her signature pink skirt and silver tiara.

Misha - January 19, 2018
0
Personal Details What is her real name? Her real name is Kelsey Calemine. What is her Nick Name or Stage Name? Fatherkels Occupation and Job She is an Instagram star. Birthday/Date...

September 13, 2017
About Us: Celebfeatures.com is an Entertainment related website that provides information based on celebs bio, lifestyle and their relationships.
© celebfeatures.com