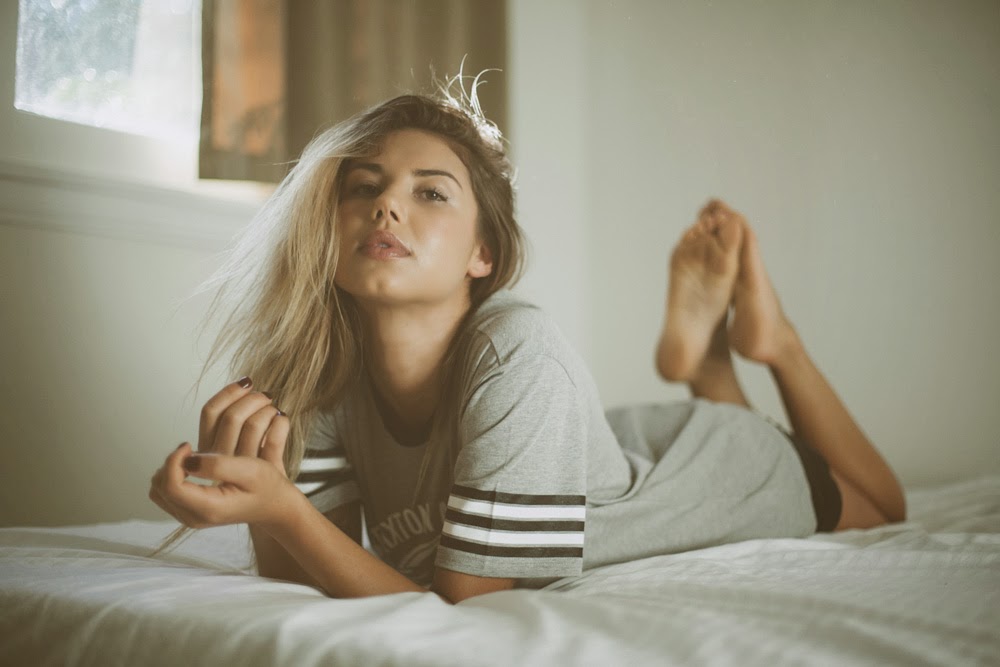 Sahara Ray is an Australian model and designer whose fame skyrocketed after she was spotted topless with her rumored boyfriend Justin Bieber in Hawaii. Sahara was born on March 10, 1993 in Australia to surfing legend Tony Ray. She spent most of her early years moving around the world. She was raised in Santa Cruz and later relocated to Los Angeles to start her career. She attended Fashion Institute of Designing and Merchandising in LA.

Sahara Ray Boyfriend: Currently, she is single. She was in limelight following her relationship with pop star Justin Bieber in the past.

Her father is a legendary Australian surfer.

She is a successful entrepreneur and sells her design at her own website.

She spent lot of her childhood moving around different countries.

Sahara became Instagram sensation after she posted sexy topless bikini shots of herself with Justin Bieber.

She has modeled for brands such as Volley