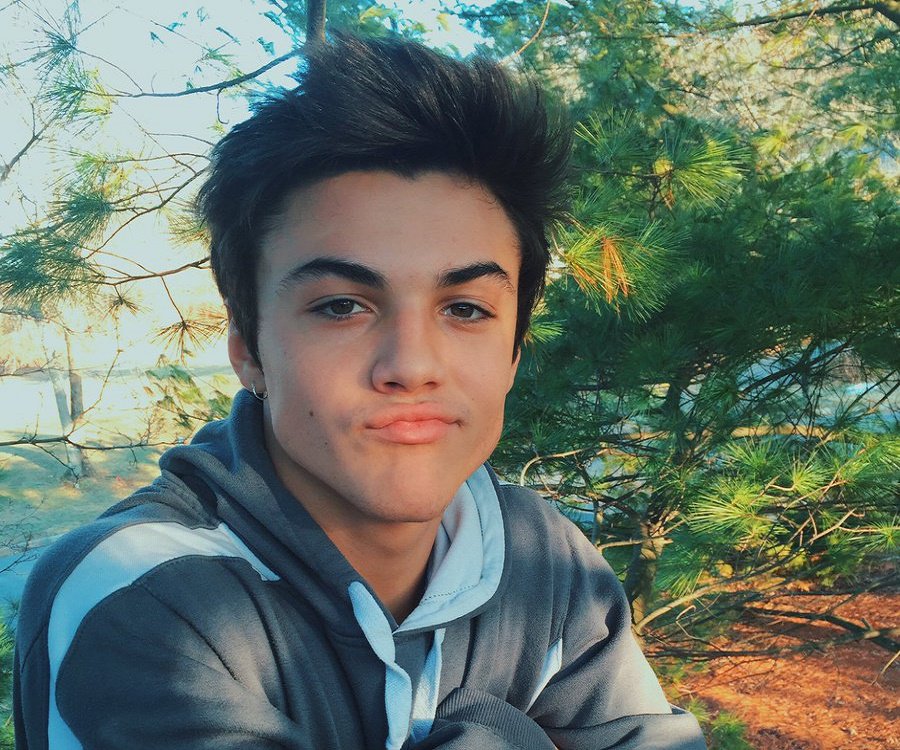 Ethan Dolan is an American YouTube personality, Viner and social media star best known for running YouTube channel alongside his brother Grayson Dolan. Ethan was born on December 16, 1999 in New Jersey and he started making vine videos on May 25, 2013 after his sister Cameron initially showed him the app. His first Vine video was sitting him in a black trash bag. Ethan got huge followers on Vine and he then soon opened YouTube channel with his brother. Their first YouTube video called “The Blender Challenge” received over 2 million views in one month. His Vine channel had more than 3.2 million followers and their collaborative YouTube channel has surpassed over 4.4 million subscribers.

Ethan Dolan Girlfriend: Currently, Ethan might be single. He has dated Meredith Mickelson in the past.

He is a competitive wrestler who won a wrestling tournament.

Ethan has collaborated with superstars like Kenny Holland, Amanda Cerny, Jack Dail, Jake Paul and many others