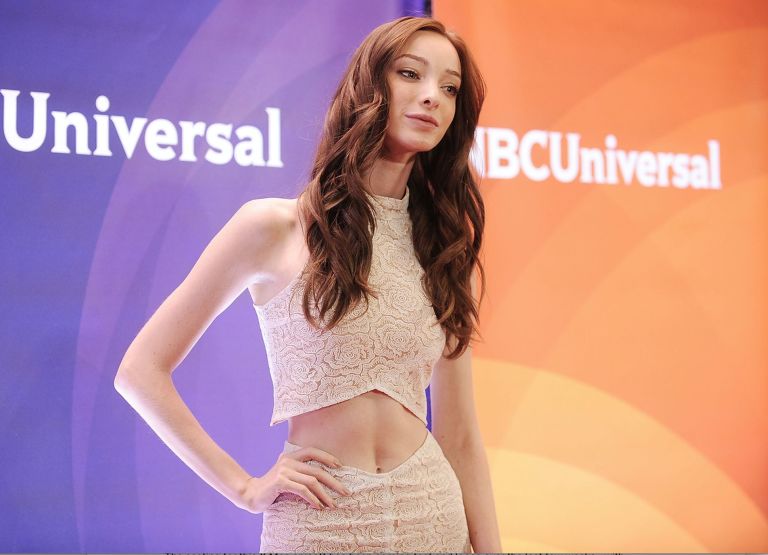 Emma Dumont is an American actress, model and dancer best known for her roles as Melanie Segal in family series Bunheads and also as Emma Karn on Aquarius. Emma was born in Seattle, Washington and she started her acting career in 2007 at the age 12 appearing in film “True Adolescents”. The same year she appeared in movie Dear Lemon Lima. In 2012, she landed her first main role as Melanie Segal in TV show “Bunheads” and since then she has appeared in several TV shows and movies like Nobody Walks, Mind Games, Inherent Vice, Aquarius, The Fosters, The Magicians and many more.

Husband/Boyfriend: As of today, we don’t have any records on her relationship status.

She is best known for her roles as Melanie Segal in series Bunheads.

Emma  began her ballet training at the age 3 and has studied at Pacific Northwest School and Spectrum Dance Theatre School.

As a model she has modeled in Hong Kong, New York, Los Angeles, China and Tokyo and has appeared in many magazines and runway shows including American Elle, Elle Japon, V Magazine, Cosmopolitan HK, Spur and Figaro

Dumont’s first film role was in True Adolescents in 2007 at age 12.