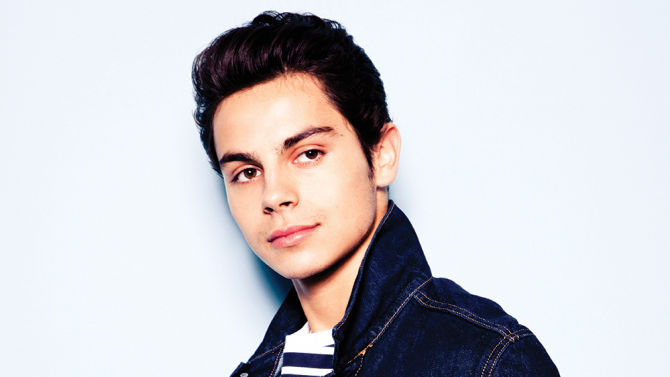 Jake T. Austin is an American actor best known for his role as Max Russo on Disney channel series “Wizards of Wavery Place” and also as Jesus Foster on family series “The Fosters”. Jake was born on December 3, 1994 in New York as the son to Giny Rodriguez and Joe Szymanski. He began his career in 2002 appearing in several commercials. After appearing in several shows and performing voice role, he landed his major role as Max Russo in TV series “Wizards of Waverly Place” in 2007. Since then he has appeared in several TV shows and movies like The Suite Life on Deck, Drop Dead Diva, The Fosters, Tom Sawyer & Huckleberry Finn, Grantham & Rose and many more.

He has 2 pet dogs named Bogey, and Beju.

He is good at speaking Spanish and English.

His dream is to direct movies.