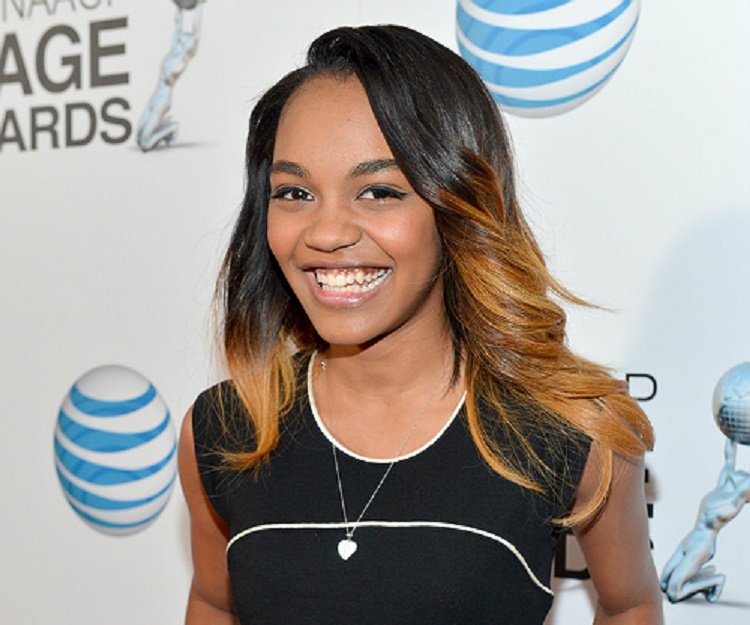 China Anne McClain is an American actress and singer who gained her name after playing the role of Jazmine Payne in “Tyler Perry’s House of Payne”. McClain started her career playing in movie “The Gospel” when she was only 7 years old. She then played China James in Tyler Perry’s “Daddy’s Little Girls” with her two sisters. However, she was known nationally when she played Jazmine Payne in “Tyler Perry’s House of Payne” in 2007. Her other acting credit includes Hurricane Season, Grown Ups 2, Bilal, Descendants 2, A.N.T. Farm, How to Build a Better Boy, Bones and many more.

China Anne is also a popular singer; her cover song of Taio Cruz’s “Dynamite” received more than 1 million views on YouTube. She released “Calling All The Monsters” to iTunes and that song charted number 100 on Billboard Hot 100 Chart.

China Anne McClain Boyfriend: She dated actor, Jake Short in the past. They have been in relationship for more than 1 year.

Her favorite singer is Beyonce.

She has celebrity crush on Chris Hemsworth.

She was 13 when she got her ears pierced.

If she weren’t an actress, she would have been a teacher.

Her favorite drink is tomato jucie.

She is good at speaking Spanish language too.

September 3, 2017
About Us: Celebfeatures.com is an Entertainment related website that provides information based on celebs bio, lifestyle and their relationships.
© celebfeatures.com