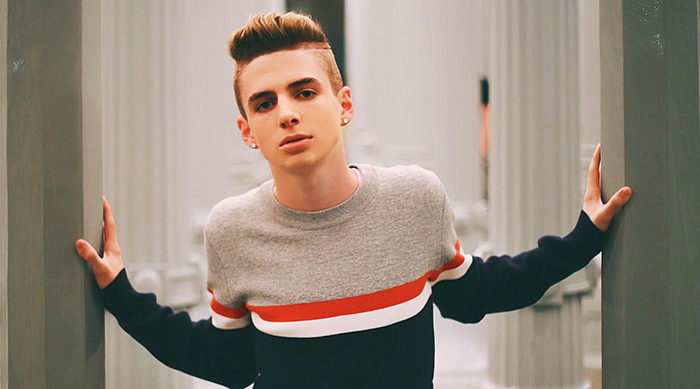 Zach Clayton is an American social media star who rose to fame following his activities on YouNow. Zach was born on June 22, 2000 in Texas and he became active on social media in 2014 after he created his own YouTube channel called BruhitsZach. He posts lots of comedy videos, jokes, pranks and challenges on his channel. His YouNow channel has earned over 1.4 million followers and is among the top 3 YouNow channels in terms of broadcasting viewing power. As a musician, Zach has teamed with RudanC, Nick Bean, Timmy Connors, Edwin Burgos to form a boy band called 5quad. He has also collaborated with Baby Ariel, Nick Bean, Mario Selman and others to form a collaborative YouTube channel called Our Journey.

Zach Clayton Girlfriend: Currently, he is in relationship with Daniella Perkins. They started dating since February 2017 and Daniella made their relationship public in a video titled “Boyfriend, Does My Makeup”.

He has three dogs and 1 cat.

He started playing soccer at the age of 3 and was pretty good at it.

He is terrified of spiders and snakes.

Misha - January 4, 2018
0
Personal Details What is his real name? His real name is not available. What is his stage name? Yung Tory, Mr. YawwYaww Occupation and Job He is a rapper. Birthday/Date of...

December 14, 2017
About Us: Celebfeatures.com is an Entertainment related website that provides information based on celebs bio, lifestyle and their relationships.
© celebfeatures.com