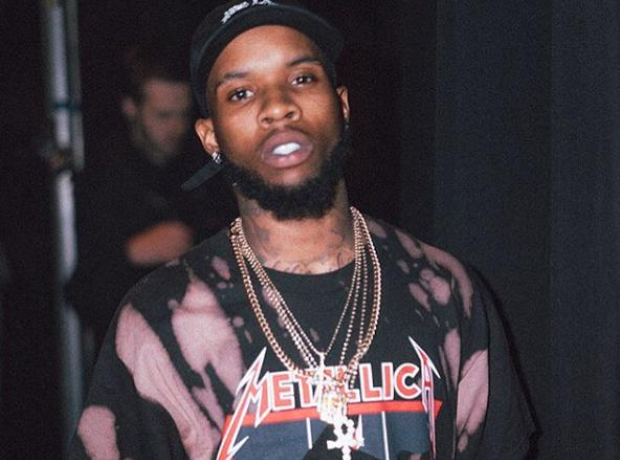 Daystar Peterson known by his stage name as Tory Lanez is a Canadian rapper. Lanez was born on July 27, 1992 in Toronto, Canada to Sonstar Peterson and Luelle Peterson. He began singing since 17 and started his professional music career in 2009 after releasing his debut mixtape “T.L 2 T.O.”. He then released back to back mixtapes Just Landed, One Verse One Hearse, Playing for Keeps and Mr. 1 Verse Killah.” Followed by his series of mixtapes in 2014 and 2015 like Sincerely Tory, Conflicts of My Soul : The 416 Story, and Chixtape II. Lanez then released his first single from his debut album “Say It”. The song peaked at number 23 on Billboard Hot 100 and received huge success. His next single “Luv” was also hit peaking at no. 19 on Billboard Hot 100.

Tory Lanez Girlfriend: We don’t have any information related to his past affairs and relationships.

At the age of 16, he dropped out of the tenth grade, and he would begin performing songs at the outdoor concerts.

His nickname “Lanez” was given to him by Hakeem.

He once challenged Canadian rapper Drake in 2010.

Lanez has collaborated with rappers like Meek Mill, DJ Drama, Wale, Sean Kingston, Young Jeezy, G-Eazy and many others.