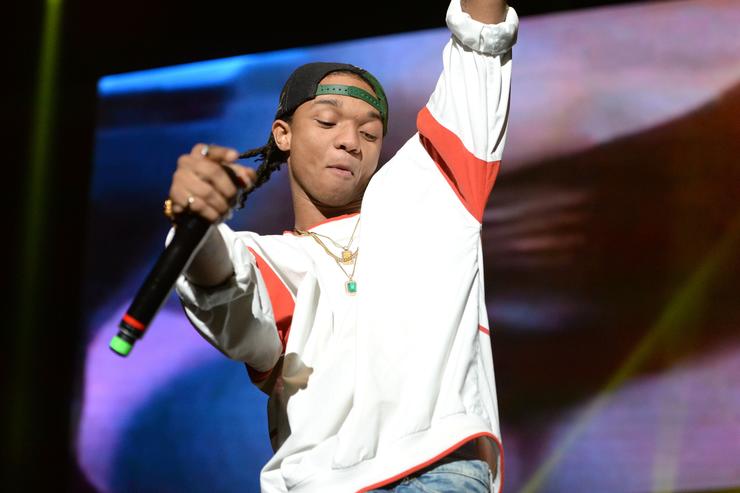 Swae Lee is an American rapper best known for being the one half of hip-hop duo Rae Sremmurd. The popular band was formed by Swae and his brother Slim Jxmmi in 2009. The brother played many years in the hip hop band called “Dem Outta St8 Boyz”. In 2015, they released their first album called SremmLife. The album reached #1 on US R & B and US Rap Chart as well as #5 on Billboard 200 albums chart. Some of their popular song include: Black Beatles, No Type, No Flex Zone and Swang. Their single “No Flex Zone!” reached at #36 on US Billboard Hot 100 and also leanded in tip 20 on US and R&B charts.

Wife /Girlfriend: He is currently dating Marliesia Ortiz. They began dating each other since February 2017. There were several rumors that they broke up but they till now they are seen together.

Swae is one half of hip hop group Rae Sremmurd with his brother Slim Jzmmi.

He used to play football in the school when he was in high school. He was a wide receiver and claimed that he was pretty good at it.

Before becoming a rapper, he used to work in a local mattress factory.

His mother was associated with military job. So, he had to move around a lot due to his mothers job.