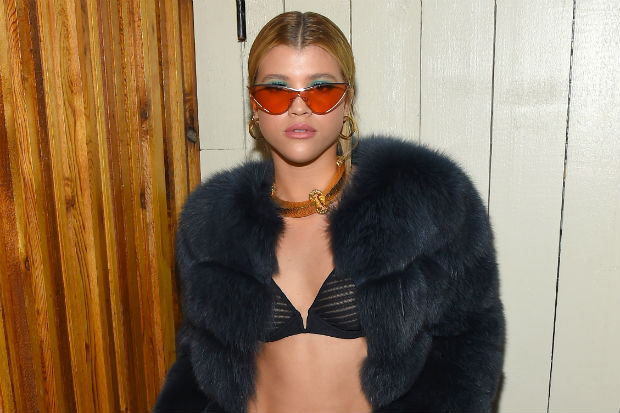 Sofia Richie is an American fashion model best known for featuring in campaign for brands like Tommy Hilfiger, Michael Kors and Chanel. She is famous for being the youngest daughter of singer Lionel Richie and a sister to Nicole Richie.

Sofia was born on California to Lionel Richie and his second wife Diane Alexander. As a child, she grew up in the background of music. She learned to sing at age of 5 and to play piano at 7. She also took some vocal lessons from Beyonce and her father. But at the age of 14, she decided to leave music career and decided to move to modeling instead. At the age of 14, she featured in Teen Vogue and the next year, she got contract with Los Angeles based swimwear company Mary Grace Swim. At the age of 16, she signed with Select Model Management.

As a professional model, she has featured in advertising campaigns like Madonna’s material Girl Line, Dolce & Gabbana, Adidas, Michael Kors and Tommy Hilfiger. She has also appeared on the cover of magazines like Complex and Billboard.

Her fashion icons are Mary Kate Olsen and Ashley Olsen.

She is good friend with models like Bella Hadid and Alesandra Ambrosio.

She is very close with Paris Jackson.

Sofia was on the cover of Fault Magazine Beauty’s August 2015 isue.

Her godfather was Michael Jackson.

She has done photo-shoots for magazine like Elle and Vanity Fair.

She has appeared on the cover of Complex and Billboard magazine’s style issue.