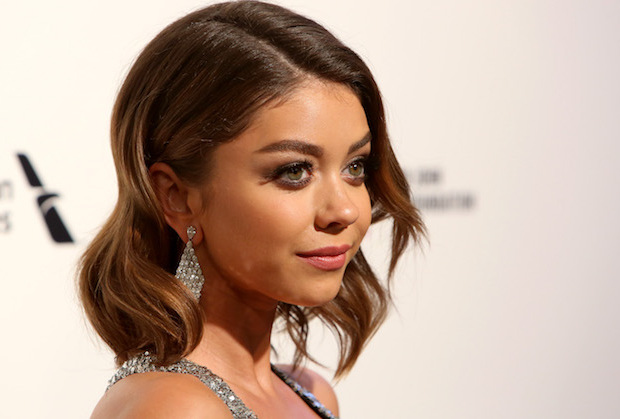 Sarah Hyland is an American actress best known for playing as Haley Dunphy on TV sitcom Modern Family. Sarah was born on November 24, 1990 in Manhattan, New York and she started her acting career playing several small roles in movies like Private Parts, Annie, Blind Date, Spanglish, Cradle Will Rock and many others. But she gained her first major role as Haley Dunphy on ABC sitcom “Modern Family” for which she received critical acclaim and numerous awards and nominations. She won four Screen actors guild award for Outstanding performance by an Ensemble in Comedy series. Sarah has also  appeared in top movies like Struck by Lightning, Scary Movie 5, Vampire Academy and XOXO.

Sarah Hyland net worth is estimated to be around $9 million

Currently, she has been dating actor Dominic Sherwood

Sarah is best known for playing as Haley Dunphy on TV sitcom “Modern Family” since 2009.

She is 4 years older than her brother Ian Hyland.

She had a kidney transplant, which her father donated to Sarah.