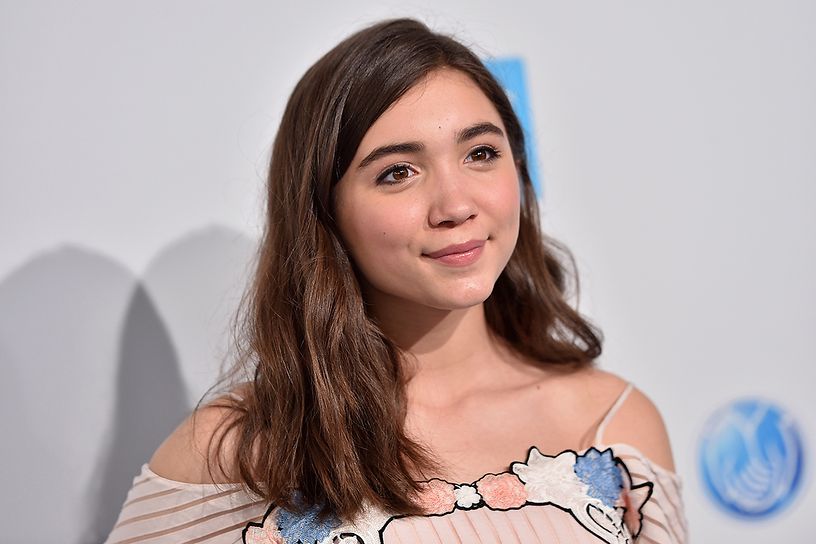 Rowan Blanchard is an American actress best known for playing as Riley Matthews on Disney series “Girl Meets World”. Rowan was born on October 14, 2001 in Los Angeles, California as a daughter to Elizabeth and Mark Blanchard-Boulbol. Blanchard started acting at the age of 5 but she landed her first major role at the age of 9 in movie “The Back-Up Plan”. Since then she has done several Television roles including Dance-a-Lot Robot, Girl Meets World, Best Friends Whenever, Invisible Sister and The Goldbergs. Rowan has also been active in areas such as feminism, human rights and gun violence. She has spoken at the UN Women and US National Committee annual conference as a part of feminist campaign.

Rowan Blanchard Net Worth is estimated to be $3 million

She started acting at the age of 5.

She has a dog named Winston.

Her paternal grandfather was an immigrant from Middle East, who was a part of Armenian Ancestry.

She is a public activist in areas such as feminism, human rights and gun violence.

She has spoken at the UN Women and US National committee’s annual conference as part of a feminist campaign.

September 26, 2017
About Us: Celebfeatures.com is an Entertainment related website that provides information based on celebs bio, lifestyle and their relationships.
© celebfeatures.com