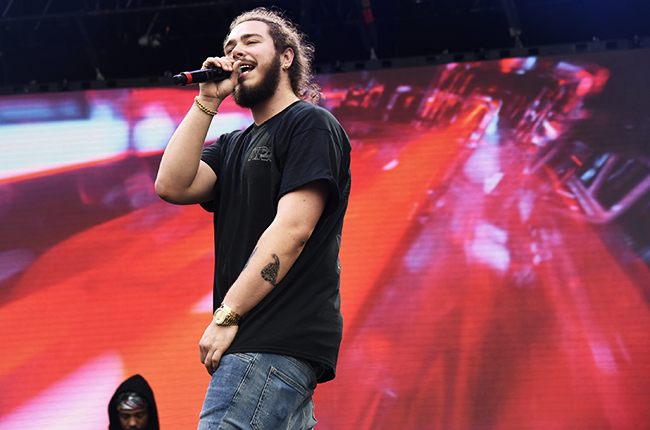 Austin Richard Post known by his stage name as Post Malone is an American rapper, singer and songwriter. Malone was born in Syracuse, New York and he began his musical career when he was 16 years old. He first gained major recognition in 2015 after the release of his debut single “White Iverson”. The song was in reference to the basketball player Allen Iverson and it received over 390 million views since its release. After his breakthrough hit song, he signed a recording contract with Republic Records and worked with number of rappers like 50 Cent, Young Thug and Kanye West. On May 12, 2016 he released his first full-length mixtape titled “August 26”. In February 2017, Malone reveled he will release his next album “Beerbongs and Bentleys”.

Post Malone Girlfriend: He was in relationship with a woman named Ashlen.

His father was the Dallas Cowboys assistant director of food and beverage, so he was able to get free food and tickets to watch their games.

Malone wants to open a tattoo store in Los Angeles.

Before he started rapping, he used to play in a heavy metal rock band.

He moved to Los Angeles to start his rapping career by dropping out of college.