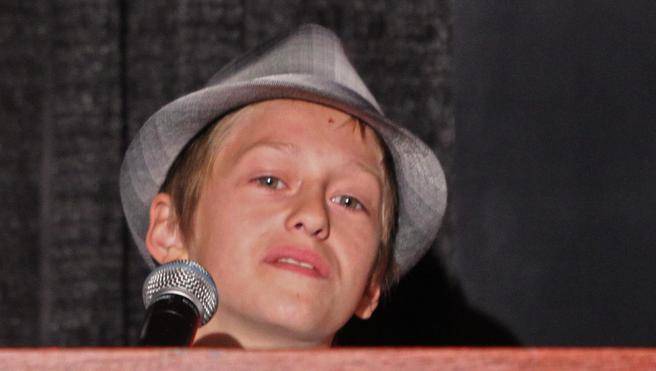 Percy Hynes White is a Canadian actor best known for his work in movies like The Grand Seduction, Night at the Museum: Secret of the Tomb and Little Man. Percy was born on October 8, 2001 in St. John’s Canada and he started his first acting role at the age of 7 in film Crackie. In 2014, he won the best actor at the Atlantic Film Festival for his performance in Cast No Shadow. Since then he has appeared in several TV shows and movies like Grand Seduction , A Christmas Horror Story, The Gifted, Between and many more.

Percy Hynes White Net Worth: His Net Worth is not known

Percy Hynes is known for his role in movies like The Grand Seduction, Night at the Museum: Secret of the Tomb and Little Man.

His father Joel Thomas Hynes is an actor and writer while his mother Sherry White is Producer and writer too.

He won best actor at the 2014 Atlantic Film Festival for his performance in Cast No Shadow.

He lived in St. John’s, Canada until he was 11 and then moved to United States to pursue his acting career.

Roman Antonov - November 28, 2017
0
Personal Details What is Real Name? His Real Name is Nick Rivera Caminero What is his Nick Name? His nick name is Nicky Jam Occupation and Job He is professional...

December 25, 2017
About Us: Celebfeatures.com is an Entertainment related website that provides information based on celebs bio, lifestyle and their relationships.
© celebfeatures.com