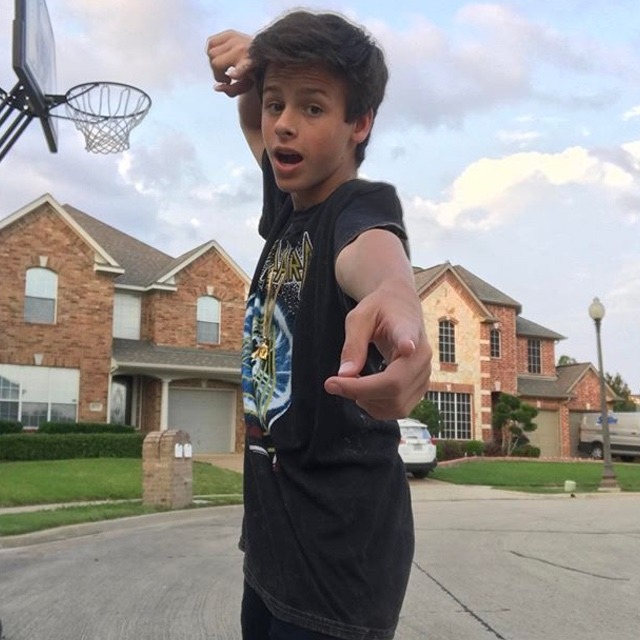 Owen Bodnar is an American musical.ly star and social media personality known for his activities on musical.ly. The 14 year old star was born on July 29, 2003 in San Antonio, Texas. Before starting his career as a musical.ly star, he had an interest in acting and was cast in the lead role of Peter Pan Musical when he was only 10 years old. He also had an interest in sports as he played football, basketball, cross country and soccer when he was a child.

He first began to post photos on Instagram in July 2016 and began using musical.ly in summer of 2016 with a purpose to try and impress a girl. His owenbodnar musical.ly account has more than 1 million fans and he also has over 200,000 followers on Instagram.

Owen Bodnar Girlfriend: Currently, he is in relationship with Danielle Cohn. They started dating since early 2017 and were spotted kissing.

Owen is also an athlete and knows how to play football, basketball, track & field, cross country, and soccer.

He was born in San Antonio, Texas but moved to Dallas when he was 2 years old.

One of his famous musical.ly videos was the lip sync of Justin Bieber “Memphis”.

Owen has earned over 50 million emoji love on musical.ly.