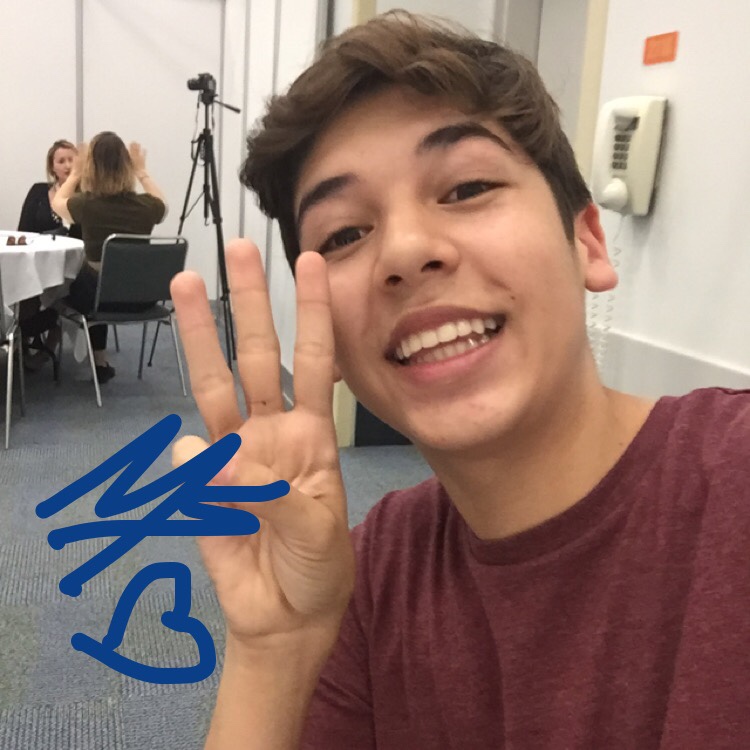 Mario Selman is a Chilean Singer, YouTube and social media star known for his activities on musical,ly and YouNow. Mario first started his social life career opening a YouTube channel in July 2014 but he never became a consistent publisher of YouTube videos, instead he became active on YouNow and musical.ly. In musical.ly he became a sensation who telecasts his music performance in real time and till now he has a massive 2.9 million musical.ly fans and 440K YouNow followers. After his success, he collaborated with some of the biggest names in the business like Loren Beech, Baby Ariel, Zach Clayton, Brennen Taylor, Nick Bean to form a collaborative YouTube channel called “Our Journey”. He also often collaborates with Hunter Rowland in some of the videos.

Mario Selman Girlfriend: We haven’t heard any specific news about his relationship status. Probably, he might be single till now.

His favorite YouTuber is Connor Franta and Lilly Singh.

He is close friend with Baby Ariel.

Mario is also part of YouTube collaborative channel called Our Journey. Other members of the team are Weston koury, Nick Bean, Zach Clayton, Baby Ariel, Loren Been and Brennen Taylor.

He accidentally kissed a fan at an event he attended.

Mario was in Maggi soup commercial.

He refers to his fans as the “Selman Army”.