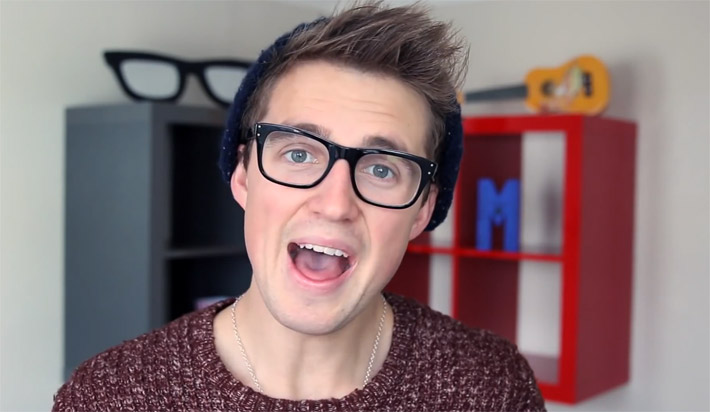 Marcus Butler is an English YouTube personality who is known for sharing his life’s incident, opinions, comedy, reaction and music videos. Marcus was born in Brighton, England and he started creating YouTube music and video while he was in college. He created his first YouTube channel in 2010 and has collaborated with several YouTubers like Jim Chapman, Alfie Deyes, Casper Lee, Tyler Oakley, Joe Sugg, Zoella, Conner Franta, Lilly Singh, Conor Maynard and many others. His main YouTube channel has more than 4.61 million followers while his second channel “More Marcus” has more than 2 million subscribers. He has more than 700 million views combined in both channel.

Marcus has starred in an episode of the British Television show Release the Hounds along with fellow YouTubers Joe Sugg and Alfie Deyes. He was also part of YouTube Boyband created to raise awareness. They raised money and awareness for Comic Relief. As a singer, he released a sing with Conor Maynard called “I’m Famous”. The song peaked 34 on UK Singles Chart in January 29, 2016.

Wife /Girlfriend: He is currently in relationship with German model Stefanie Giesinger.

He is best known for posting comedy, reaction videos and music videos on his YouTube channel.

He has also written a book titled “Hello Life!”