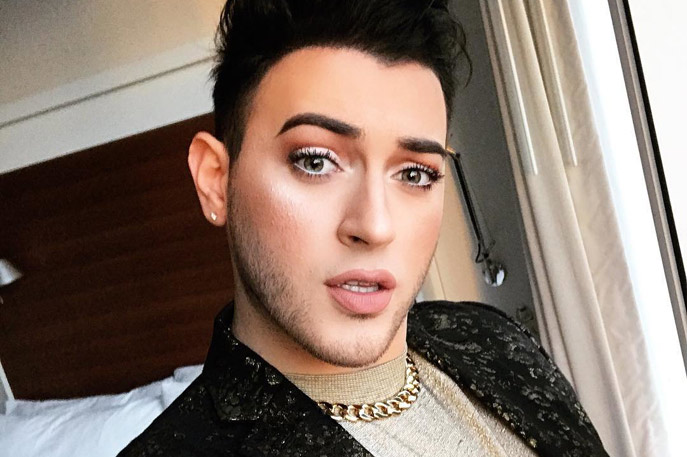 Manny Gutierrez also known as Manny MUA is an American YouTube superstar, beauty blogger and make-up artist. Manny became interested in make-up after his mother did her make-up during his childhood. He then started his YouTube channel in 2014 and began posting make-up tutorials and beauty tips regularly. In his first 8 months of his YouTube channel launch, he managed to get more than 235,000 subscribers. Till now his channel has more than 3.5 million subscribers and total of 180 million views. Manny is also a brand ambassador for Maybelline. He is the first male brand ambassador for that brand. He is also popular on Instagram and Twitter with more than 4 million followers and 840K followers respectively.

Manny Gutierrez Net Worth: Net Worth is estimated to be around $1.5 million

Manny Gutierrez Girlfriend: We don’t have any information related to his past affairs and relationships.

His YouTube subscribers rocketed to more than 235,000 in the first 8 months.

In April 2017, he was the only male to make People magazine’s annual “Most Beautiful” list.

Before starting his career in beauty, he planned to attend medical school with aspirations of becoming a plastic surgeon.

He is close friend with Jeffree Star and Jaclyn Hill.

January 12, 2018
About Us: Celebfeatures.com is an Entertainment related website that provides information based on celebs bio, lifestyle and their relationships.
© celebfeatures.com