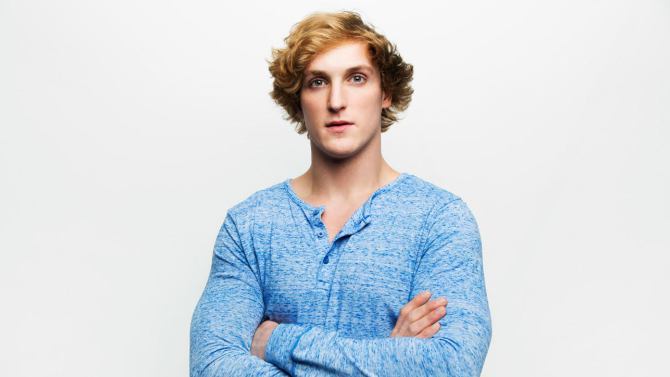 Logan Paul is an American Internet star and Actor who gained fame following his activities on Video app, Vine. Logan was born in April 1, 1995 in Westlake, Ohio to Gregory Paul and Pamela Paul. He started creating internet videos for YouTube channel called Zoosh when he was only 10 years old.

He rose to superstar on video sharing app, Vine. He was famous day by day and in February 2014, he had over 3.1 million followers on Vine. In 2015, he was also ranked as the 10th most influential figure on Vine. As of June 2017, Logan has collected more than 1.8 million Twitter followers, 12.3 million Instagram followers and 16 million Facebook like and more than 9.2 million YouTube subscribers.

Logan Paul Net Worth: According to celebritynetworth, Logan Paul net worth is estimated to be $3 million. He accumulated that fortune from YouTube videos and also playing in several movies and TV series.

Logan Paul Girlfriend: Logan was rumored to be dating former Playboy model and Internet star Amanda Cerny. They started dating after they had collaborated for a comedic dating video.

He made his first film appearance in a short film Rainbow Man as Carl.

He is a former State champion wrestler from Westlake, Ohio.

He was ranked 10th most influential Viner in 2015.