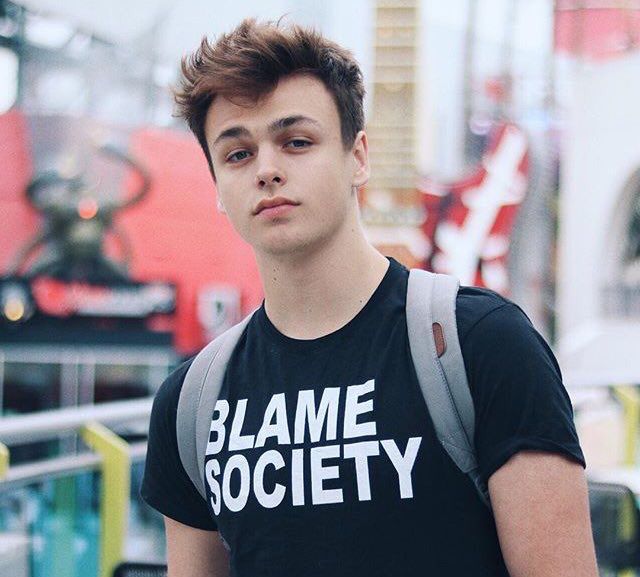 Jonah Marais is an American singer and social media star best known for being the one-fifth of famous boy band “Why Don’t We”. Other members of the band are Zach Herron, Corbyn Besson, Jack Avery and Daniel Seavey. Jonah was born on June 16, 1998 in Minnesota to Tim and Carrie Marais. He began his journey from posting to YouNow. As a singer, he released his first single “I Meant It” in 2015 which has 4.9 star rating on iTunes. He then released next singles titled “Night Changes” and “Next Ex-Girlfriend”. The band “Why Don’t We” then released their debut EP “When the Daylight’s Gone” in 2016 and it consists of hit songs like War Paint and Take You Home Tonight. He is very popular on Instagram where he frequently posts pictures of his sisters and grandparents. He has more than 865K followers on Instagram.

Jonah Marais Girlfriend: We don’t have any information related to his past affairs and relationships.

Jonah is best known for being the part of popular boy band Why Don’t We.

He has also released “War Paint” and “Take You Home Tonight” as a solo artist.

He is active on Instagram and frequently posts photos of his grandparents as well as his sister on his account.

Jonah went on tour with Devin Hayes in 2014. He has also performed with Cameron Dallas and Nash Grier at Digitour 2014.