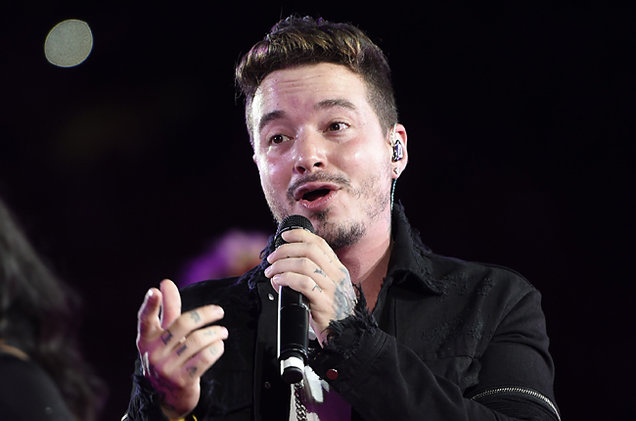 Jose Alvaro Osorio Balvin known by his stage name as J Balvin is a Colombian singer. Balvin was born in Medellin and began his career singing at the age of 14. By the time, he was 17 he moved with his best friend to learn English in United States. For the next 10 years, he often travelled to United States and Colombia to find the style that would define his career.

Balvin gained international fame when he released single “6 AM” in 2014. The song got hit in United States, Latin American and Europe. It peaked at number 2 on the Billboard Hot Latin Songs chart. His next song “Ay Vamos” was also popular and went to number one on Billboard Hot Latin Songs chart in 2015. The remix featuring Nicky Jam and French Montana was used in the soundtrack of Furious 7 movie. Balvin has won several awards like Urban Artists of the Year, Urban Album of the Year, Urban Song of the Year and Urban Collaboration of the Year.

Wife /Girlfriend: Balvin might be currently single. He was once dating Diana Osorio. Diana is an Colombian actress and they met in 2003 through mutual friend. In 2011 they broke up but they reconciled once again after two months. Balvin and Diana got engaged but they had not set a wedding date. It is unclear whether they are still together or not.

When J Balvin was 17, he moved United States with his best friend Jesus Marulanda, to learn English.

Balvin became the first artist to receive a diamond certification in the Latin field from the RIAA, denoting digital sales of 600,000 units for his songs “6 AM” and “Ay Vamos”.