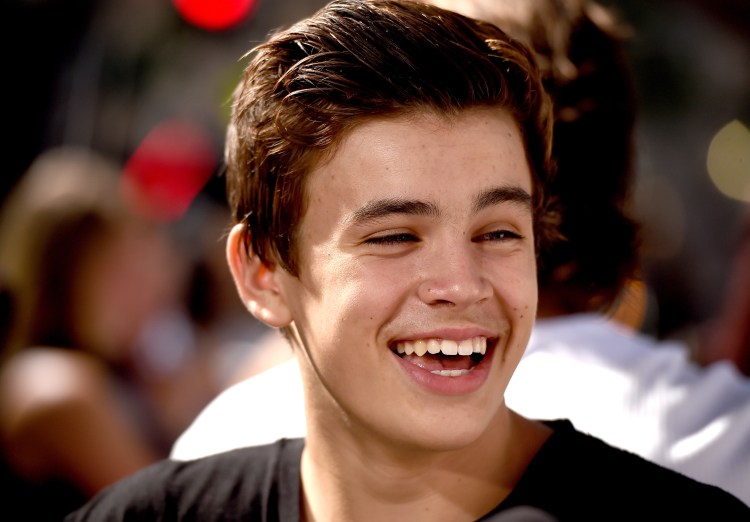 Hayes Grier is an American Internet personality who gained prominence after his activities on 6 second video app “Vine”. Hayes was born on June 8, 2000 as the third youngest child of four in his family. His older brother Will, is a quarterback for West Virginia University while his another brother Nash Grier is also popular on YouTube and Vine. Hayes was also a member in Magcon Tour which featured popular YouTube stars like Nash Grier, Jack Johnson, Jack Gilinsky, Taylor Caniff, Cameron Dallas and many more. He was also selected as a cast member for 21st season of Dancing with the Stars. Hayes has also launched a clothing line with his brother Nash Grier and Cameron Dallas through Aeropostale in 2014. He is very popular on Instagram with more than 5 million followers.

Wife /Girlfriend: He hasn’t dated anyone publicly yet.

He participated in the dance reality show Dancing with the Stars in 21st season.

His oldest brother, Will is a quarterback for West Virginia University.

Hayes was involved in a dirt bike accident. He had several broken bones but was released after two days.