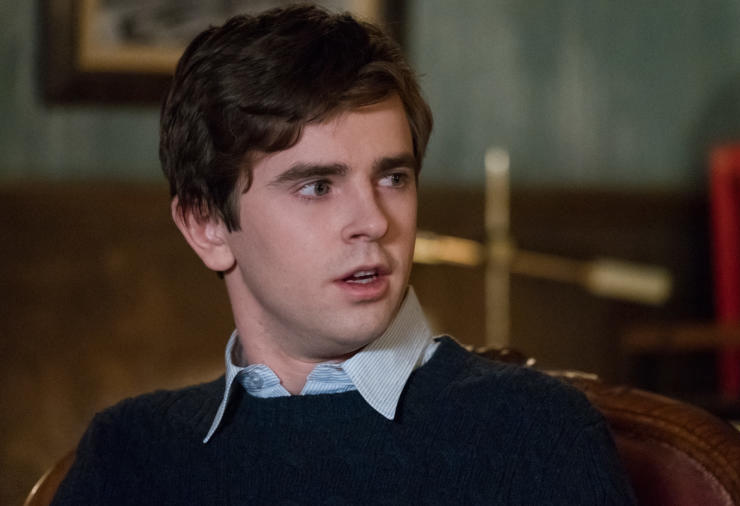 Alfred Thomas Highmore shortly known as Freddie Highmore is an English actor best known for playing in movies like Finding Neverland, Charlie & the Chocolate Factory and August Rush. Freddie was born on February 14, 1992 in London and he began his acting career playing small role on television at the age 7. Since then he has appeared in several movies like Two Brothers, Finding Neverland, Five Children and It, Charlie and the Chocolate Factory, A Good Year, August Rush, The Golden Compass, Astro Boy, Master Harold..and the Boys, The Journey and many more. Freddie has appeared in several TV shows including his main role as Norman Bates in Bates Motel. He has also appeared in TV series like The Mists of Avalon, Toast, Close to the Enemy and many others.

Freddie is known for appearing in movies like Finding Neverland, August Rush, Five Children and It, The Art of Getting By and many more.

His favorite actor is Johnny Depp.

He is fan of Arsenal Football Club.

Freddie is fluent in Spanish and French.

His father Edward Highmore is also an actor.

Misha - February 7, 2018
0
Personal Details What is her real name? Her real name is not available. What is her Nick Name or Stage Name? Kiko Blac Occupation and Job She is a Model,...

August 9, 2017
About Us: Celebfeatures.com is an Entertainment related website that provides information based on celebs bio, lifestyle and their relationships.
© celebfeatures.com