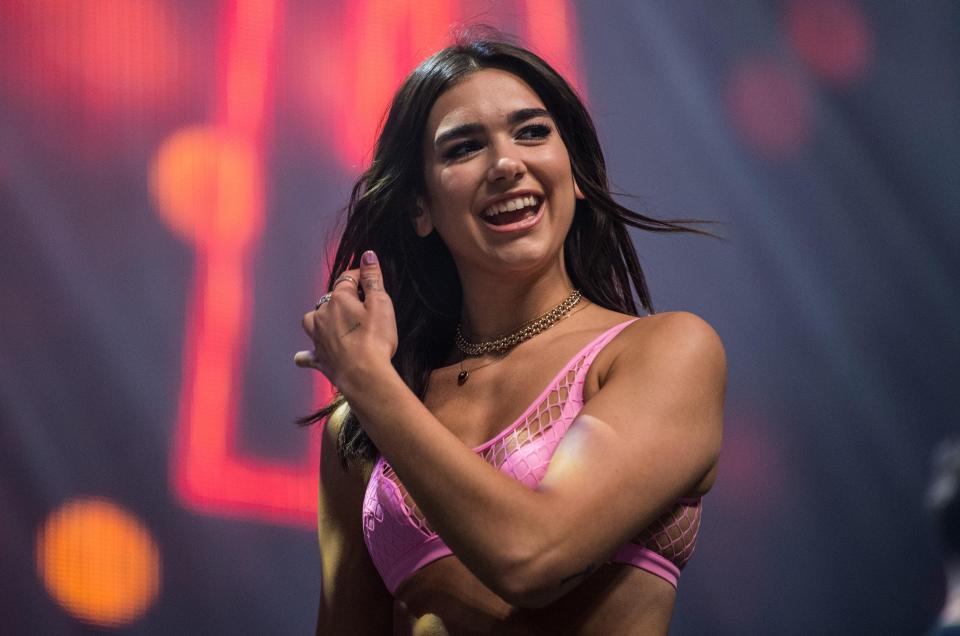 Dua Lipa is an English singer, songwriter and model known for producing hit singles like “Be the One” and “New Rules”. Lipa was born in London on August 22, 1995 to Albanian parents. As a child, she had an interest in music and grew up listening to her father Dukagjin Lipa who was a rock singer. At the age of 14, she used to posts cover songs by artists like Pink, Nelly Furtado on YouTube. Lipa started her career as a singer in 2015 by releasing her first single “New Love”. Her second single “Be the one” was a huge success reaching number one in Belgium, Poland, Slovakia and in many European countries.

Her third single “Last Dance” followed by “Hotter than Hell” were also huge success peaking at number 15 in the UK chart. Her next single “Blow Your Mind” topped the Billboard Dance Club songs chart and reached number 23 on the Billboard Mainstream Top 40 chart. Her debut studio album “Dua Lipa” was released on June 2, 2017 and its single “New Rules” topped UK chart.

Dua Lipa Boyfriend: Currently she is single. She has dated Issac Crew who is British chef and model.

Her favorite rappers are ASAP Rocky, Chance the Rapper and Schoolboy Q.

She started modeling in her late teen years.

She worked as a waitress in London when she was 15 years old.