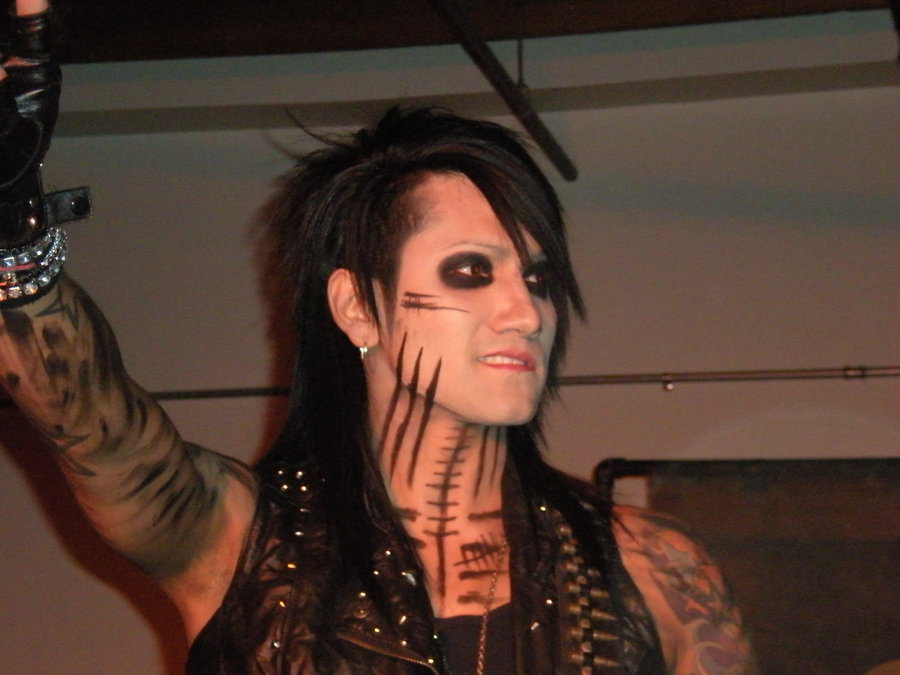 Ashley Abrocket Purdy is an American musician known for being the bassist and vocalist of the rock band “Black Veil Brides”. Before joining the band, he worked with bands like “Orgasm”, “Stolen Hearts” and “Children of the Beast”. Ashley becoming the part of the band is an interesting one. He moved to Los Angeles with a dream of becoming a graphic designer. He saw an ad from BVB front-man Andy Biersack looking for bass player. He met Andy and he joined the band in 2009. With Ashley in the team, the band released their first album “We Stitch These Wounds” in July 2010. The album sold 10,000 copies in first week and was ranked at No. 36 and No. 1 on Billboard Top 200 chart and Billboard Independent chart respectively. Now he is the integral part of the band.

He lost both his parents when he was a child.

He joined Black Veil Brides in 2009, three years after it was formed.

Before he joined in BVB as bassists, he used to work as a graphic designer.

He moved from Missouri to Los Angeles to become bassist.

Ashley has also worked in bands like Orgasm, Stolen Hearts and Children of the Beast.